This is a trail running event organized by the Diário de Noticias, and AMRAM – Association of Municipalities of Madeira. The main idea is to promote trail running sport in all municipalities. The Machico Madeira Trail Series takes place in the Machcio municipality the eastern part of Madeira island. 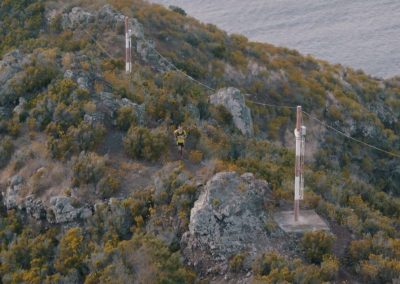 Madeira isn’t only a sea and mountain paradise with mild climate all year round: it is also a paradise for mountain and nature sports and Machico, located on the northeast coast of the island, is no exception!

Despite being mainly a municipality with a sea coast, with Atlantic ocean borders to the north, east and south, Machico has several mountains and hills, like Serra do Castanho (589 m), Serra do Pedreiro (792 m), Pico da Coroa (738 m) or Penha de Águia (590 m), amongst others.

These natural conditions make of the Machico – Madeira Trail Series a spectacular and unmissable event. The event is organized by the Diário de Notícias newspaper, within the Madeira Trail Experiences project that, in partnership with AMRAM – Associação de Municípios da Região Autónoma da Madeira (Madeira’s Municipalities Association) aims to organize trail running events in all its municipalities.

Both trails starts at the center of Machico and run through areas of the municipality, passing by emblematic points such as Vereda da Trincheira, Pico do Facho, Túnel do Caniçal, Porto da Cruz, Serra das Funduras or Levada do Caniçal. More than a trail running test, Machico – Madeira Trail Series is a journey through a county with great historical meaning, in a mix of sea and mountain, full of diverse species of native fauna and flora, and breathtaking landscapes.