This track starts next to the Alagoa beach in Porto da Cruz going along the ocean until the Maiata beach, then going up through a trail until Larano zone. We run through Larano trail located in the middle of the mountain, with a spectacular ocean view just before we reach Boca do Risco. Here we have an uphill which is hard, but marvelous with breathtaking views. Then the way goes through a dirt road until the Funduras forest house, entering here in a single track curving all the mountains until reaching the dirt road again that leads us to Portela. Here we have one of the most beautiful views of Porto da Cruz, and whole Madeira island.

The downhill lies in a part of the ancient Royal Path 23, following then through some urban trails, steps and roads down to Porto da Cruz village and finishing in Alagoa Beach. 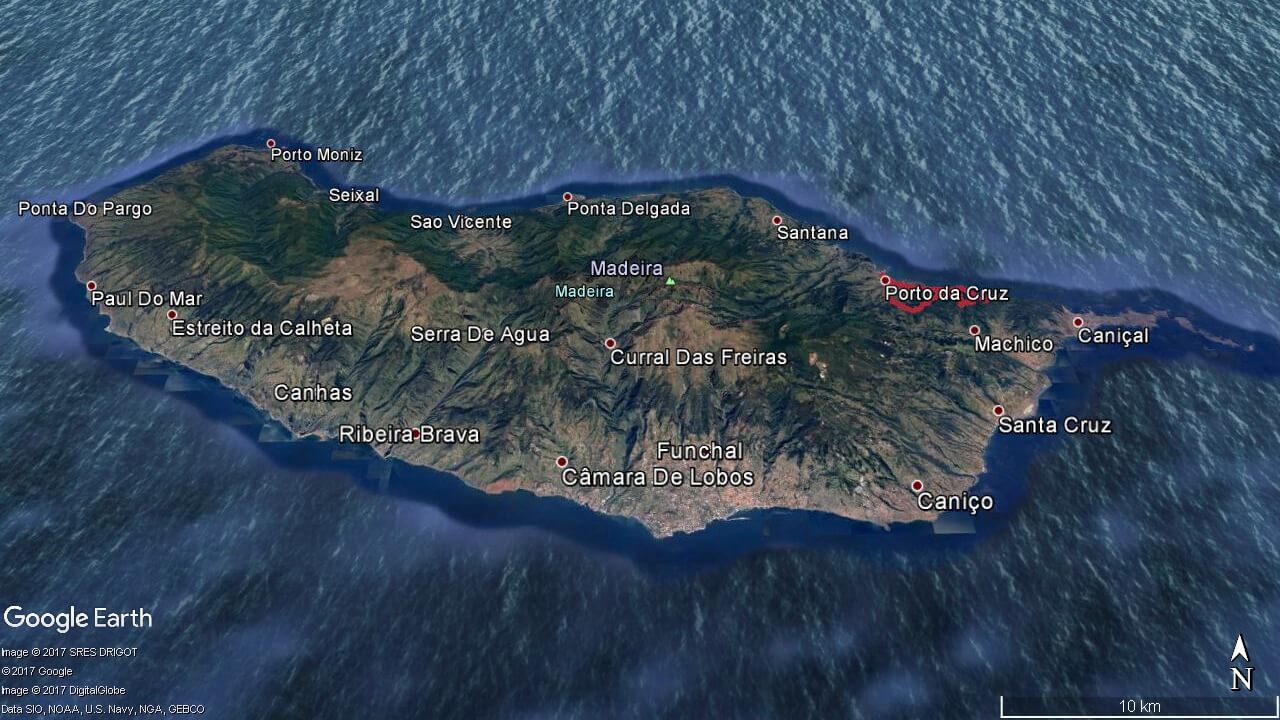