Madeira is the perfect destination for your Swimming Camp or 1-2-1 Coaching. Looking for a warm weather swimming camp? 2Madeira will plan your itinerary, so you and your athletes can focus on your training.  Optimised training and coaching on one of the best islands in the world!

Teams will be using the excellent facilities of the Funchal Olympic Swimming Pool Complex. The modern sports complex has four pools, featuring a 50m Olympic pool with 10 lanes, a separate 25m pool, a diving pool and a fourth pool for learner swimmers. 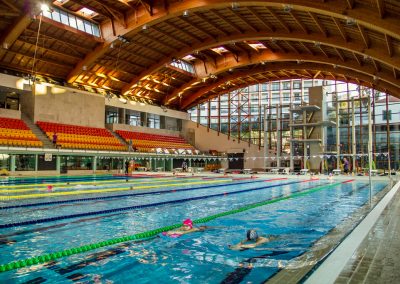 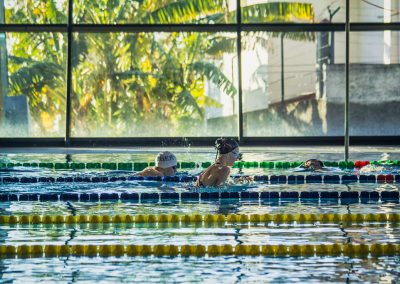 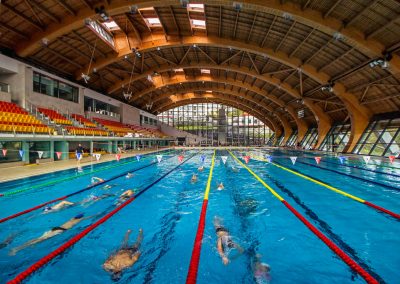 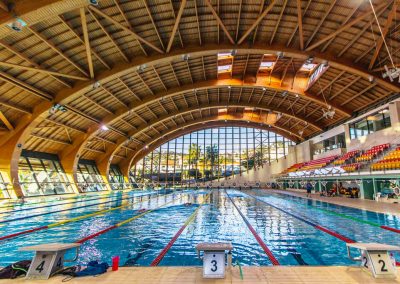 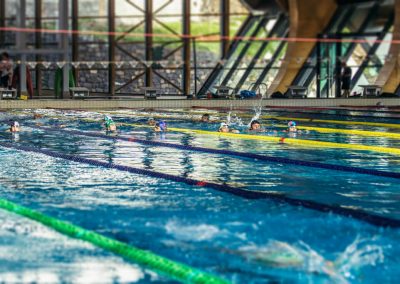 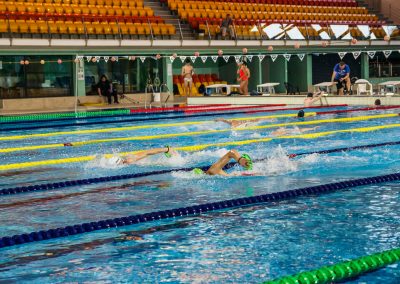 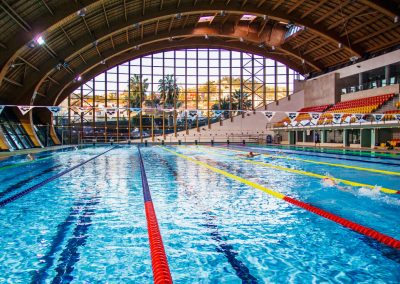 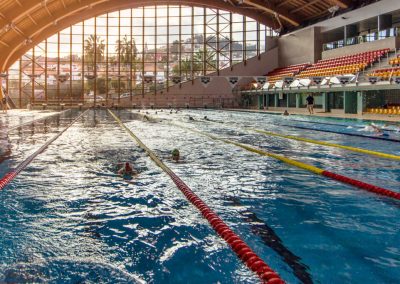 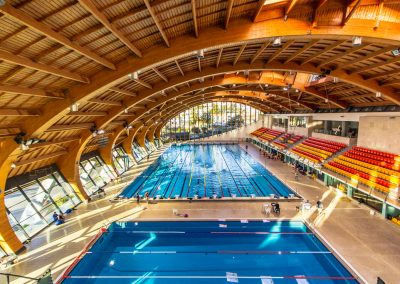 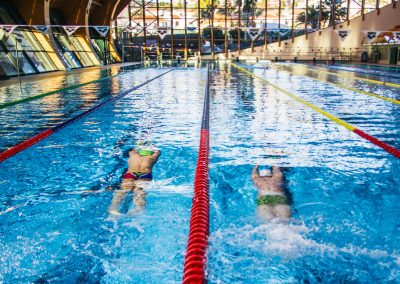 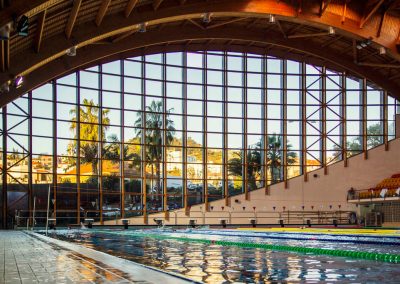 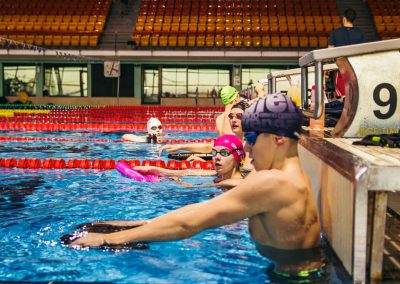 The training facilities are located approximately 5 – 10 minutes’ drive from the hotel area of Funchal. We will include all transfers to and from the Olympic complex. We can offer a number of hotel options in Funchal ranging from 3* to 5*. Please ask us for more details!

Individualized training sessions with one of our certified coaches

Swimming in Madeira – a brief history

The earliest records on swimming date back to 7,000-year-old cave paintings, however swimming as a sport began in England in the nineteenth century. The sport was integrated into the Olympic Games for the first time in 1896 (for men only) and the first participation for women took place in 1912.

In Portugal, swimming as a sport began in 1902 with the creation of the first swimming school in Trafaria by the Real Ginásio Clube Português. The first Portuguese swimming competition was organized by this school in October 1906.

The league lasted only until 1928. In 1941 the Associação de Natação do Funchal was founded. In this decade, the swimming highlight goes for Clube Desportivo do Nacional which had two of its athletes (Vasco de Abreu and José da Silva “Saca”) winning the title of National Champion and Absolute Recorder of Portugal.

At this time, diving became popular in the Lido pools as well as the “24-hour swimming” and “12-hour swimming” editions in the pools of Lido and Quinta Magnólia.

The first major swimming event in Madeira took place in the 80’s. An event integrated into the National Masters Championship held at the Matur complex (the only Olympic pool in the region at the time – the complex was demolished in 1999).

It was only in 1992 that the Associação de Natação da Madeira (ANM) was created. The ANM officially assumed responsibility for managing regional swimming only in 2003. Until then the modality was supervised by the Associação de Desportos da Madeira. We have witnessed a great development of swimming in the region, with the creation of ANM.

In 2015, Madeira hosted an event of national impact one more time: The International Winter Masters Open at the Olympic Swimming Pools Complex of Funchal. Bringing a National Masters Championship to Madeira was not easy and was only possible thanks to its infrastructure quality.

“There was a great resistance from the other associations that did not want to come here to compete, but I have no doubt that our complex is one of the best in the country.” Avelino Silva (president of ANM)

The event was attended by 355 athletes from 48 clubs including Ukrainian, Italian, Finnish and Israeli athletes.

In 2016, Madeira organized for the first time a European Championship of Adapted Swimming with the participation of 550 athletes from 53 countries, a milestone in regional and national sport (since this was the first time that the country received an event of the Swimming International Paralympic Committee).

Swimming in Madeira – now and future

This year (2018) Madeira hosted the National Championship of Juveniles, Juniors, and Seniors that counted with 629 swimmers competing for the individual national titles in the Complexo de Piscinas Olímpicas do Funchal (Olympic Swimming Pools Complex of Funchal) and where several national records were beaten.

The event was attended by Olympic swimmers such as Alexis Santos, Victoria Kaminskaya, and Vânia Neves. An important milestone in regional swimming that was followed by the Madeira Swimming Meeting.

“The road is launched so that in the future we can bring events of even greater size.” Avelino Silva

Madeira has conditions conducive to swimming. The mild temperatures and the conviviality of the population with the sea, typical of an island leads many athletes to practice this modality both at a professional and amateur level.

One of the best-known Madeira swimmers is José da Silva, better known as “Saca”. National champion by the Clube Desportivo Nacional in 1947 and holder of several records. “Saca” marked a generation. However, he is not the only Madeiran famous swimmer. Among the Madeirans who have excelled in swimming are Paulo Camacho (record holder of the 100 meters butterfly stroke and Olympic athlete in Seoul), Luís Pinto (world vice-champion in 2015) and Emanuel Gonçalves (national champion of butterfly stroke in adapted swimming in 2017). It is also frequent the presence of Madeiran youth athletes in the national podiums: João Castro (national junior champion in 2016 and 2017) is one of the most outstanding youngsters.

There are several pools available for athletes in the region: Lido pool, Complexo Desportivo da Nazaré pool, Escola da Levada pool, Jaime Moniz pool, among others. However, only one pool in the region has the necessary characteristics for the accomplishment of official events: the Olympic Swimming Pools Complex of Funchal.

The complex is divided into 2 areas: Zone A consists of the Olympic swimming pool and the diving pool with their respective technical zones, bathhouses, bar, benches, and accesses occupying an area of 3 960m2 and zone B is composed of the training pool and the children’s pool with its support facilities (technical areas, resorts, bar, benches, and due access) occupying an area of 3 815m2.

To calculate the cost of training camps, please specify the package you choose, the number of swimmers, coaches, accompanying persons, desired dates and duration of planned stay, add your special requests and/or questions.