Marathons race was created in the honor of Philippides, a Greek messenger. This legend is very well-known in history. It is said that he was sent to run from Marathon to Athens, to inform people that Athens won Persia in the Battle of Marathon (490 BC). It is thought that he ran all the distance, without making any break, and the only sentence he was able to speak was – “We have won!”, and collapsed.

First time in modern history, marathon run took place in 1896, in first modern Summer Olympic Games. Distance varied in the first few Olympic Games. The first winner of the race was Spyridon Louis from Greece. The distance of this marathon race was 40 kilometers.

The world’s oldest annual marathon, after the first Olympic Games, is Boston Marathon, which takes place in Boston to celebrate Patriots day since 1897. The oldest annual marathon in Europe is the Kosice Peace Marathon, held since 1924 in Kosice, Slovakia. There are many marathons, which take place in hostile conditions, like big altitude, snow, coldness, extremely difficult terrain and lot more.

First marathon for women in Olympic Games took place in Los Angeles in 1984.

Every race has to be approved by the IAAF (International Association of Athletics Federations) and has to match its standards. Here are few criteria that have to be matched:

Most known marathons races and events

There are statuses and labels that are granted on a yearly basis. Organizers must apply every year for renewal. The labels are known as a prestigious award among the organizers. Gold label races have the strictest requirements, followed by Silver, and then Bronze. There are also special marathon races, known for interesting facts. Any marathon that is approved by IAAF presents an ultimate challenge for any athlete and is surely an amazing way to test your abilities and push yourself as hard as you can. 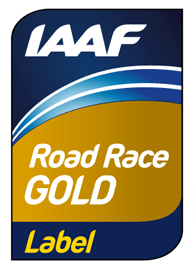 Those type of marathons are known for very strict rules.

Xiamen International Marathon takes place in the city of Xiamen, Chinese province Fujian. Known for a very big number of participants, even 73,896 in 2013.

Mumbai Marathon is held on every third Saturday in the month of January, takes place in India. It is the richest race in India with a prize pool of USD 377,000. One of the most known in the world.

Starting from 2000, Dubai Marathon (United Arab Emirates) became the richest event in 2008, with a reward of with one million dollars offered for a world record and $250,000 for first place for both the men and women.

Tokyo Marathon takes place in the capital of Japan in February, and it is known as one of six World Marathon Majors. Even 308,810 people applied for it in 2015.

Rome Marathon takes place in the capital of Italy in Sunday of March.

Seoul Marathon is a very old race in the capital of South Korea. Full-length marathon is firstly taken place in 1964.

London Marathon is also one of the six World Marathon Majors. The event has raised over £450 million for charity since 1981, and holds the Guinness world record as the largest annual fundraising event in the world.

Madrid Marathon is known for the combination of an undulating course and the altitude of the city.

Ottawa Marathon had more than 48,000 competitors in 2014. Takes place in Canada.

Berlin Marathon, starting from 1974, is also a part of six World Majors. For a record six consecutive years, 2011-2016 Berlin has been the site of the world leading men’s time for the year. It takes place in September.

Sydney Marathon is the second marathon with a gold label in Australia. Its finish is at Sydney Opera house, gives great opportunity to view the sights of the city.

Beijing Marathon is one of the most known races in Asia outside of India and Japan. It takes place in September.

Lisbon Marathon takes place in the capital of Portugal in October. The Marathon starts in the beach-side city of Cascais and finishes alongside the Rock ‘n’Roll Half Marathon in Lisbon.

Chicago Marathon is also a member of six World Major Marathons. Starting from 1977, this event quickly raised its popularity and became one of the most popular marathon races in the world. In 2015 even 37,182 men finished the race. Marathon starts and ends in Grant Park.

Amsterdam Marathon has its own beauty by crossing wonderful canals and viewing amazing autumn nature of Netherlands. It takes place on third Sunday of October.

Toronto Waterfront Marathon is one of the central events in Canada in October. It attracts many foreign runners.

New York Marathon is probably one of the most known events in the world. Originating from 1970, this race is known for connecting all parts of New York and famous bridge crossings. It had 50,304 finishers in 2013. It is also a part of six World Majors.

Fukuoka Marathon is also one of the oldest races, originating since 1947. It is usually held on the first Sunday of December.

Singapore Marathon originates since 1982, and it was the part of Greatest Race on Earth series from 2004 to 2008.

Beppu – Oita Marathon takes place in February between these two cities on the Japanese island of Kyushu. Established in 1952, this is one of the oldest marathon races in Asia.

Hongkong Marathon takes place in January or February through the cities of Hongkong. Established in 1997, this race has many competitors – over 70,000 every year.

Daegu Marathon is run in the Korean city of Daegu and takes place in April.

Hannover Marathon is run since 1991. It runs in April and had over 15,000 competitors last year.

Cape Town Marathon is the most known marathon taking place in Africa. It is very young competition, started in September 2007, but it already has an amazing reputation. It carries Silver Label since 2014.

Venice Marathon really has something to offer. Starting from 1986, this race is a combination of bridges, wonderful city, and unforgettable landmarks.

Beirut Marathon had an amazing influence on marathon development in Arabian countries. Starting since 2003, this event was able to get the attention of more than 37,000 runners in the year 2014. It takes place every year in November in Lebanon.

Barcelona Marathon started as Catalunya marathon in 1978, but the name was changed in 2005. Over 10,000 participants take place every year in March. The stage looks flat, but it  has few slow inclines.

Santiago Marathon takes place in April in Chile. The race starts and finishes in the Plaza de la Ciudadanía.

The Brighton Marathon takes place every April in Brighton, England. It is established in 2010 and became extremely popular very quickly. Around 120,000 runners take place every year.

The Milano City Marathon is in Milan, Italy, every April. First nine editions were taken during November.

The Pyongyang Marathon, also known as Mangyongdae Prize International Marathon, takes place every April in the capital of North Korea. Starting in 1981, this event attracted many people to a communist country of North Korea. It had Bronze Label until the year 2014.

The Nagano Olympic Commemorative Marathon was established in 1958 but changed a name in 1998 due to Winter Olympic Games that were held in Nagano. Competitors are finishing at Nagano Olympic Stadium. It wasn’t held in 2011 due to tsunami and earthquake.

The Riga Marathon is held in Riga, Latvia, every year in May. It populated marathon in the Baltic countries of the former Soviet Union. It is first held in 1991.

Edinburgh Marathon was first held in 1982 and 1983, then every year starting from 2003. It offers wonderful circle around the city of Edinburgh.

Maraton CDMX is held every year in Mexico City, Mexico.

Siberian International Marathon takes place every September in Omsk, Russia. Its climax can be pretty unpredictable and it has the ability to surprise many runners. It is held since 1990.

Bournemouth Marathon is one of the youngest events that was able to get  IAAF Bronze Label. It is located in Bournemouth, United Kingdom. It is first time held in 2013.

The French Riviera Marathon is held in France every November, on a distance between Nice and Cannes. Gives wonderful view on the Azurian coast. Vary from other races, it has parts outside of big cities. It was established in 2008.

Marathon du Gabon takes place every November in Libreville, Gabon. This is the second most known marathon on the soil of Africa.

The Lake Biwa Mainichi Marathon is the oldest marathon competition in Asia, taking place every January from 1946. It has IAAF Gold Label.

Nagoya Women’s Marathon is the oldest marathon competition for females only. It is held since 1980 every March.

The Istanbul Marathon is the only marathon that is run on two continents. The marathon starts on the Asian side of the city, shortly before the First Bosphorus Bridge, crosses the bridge giving an outstanding view of the Bosphorus and Istanbul, passes many historic sites including the Blue Mosque and Hagia Sophia, and ends in the İnönü Stadium in the European part. It takes place every October since 1979. Marathon map is available here.

The Saitama International Marathons is the youngest event able to get IAAF Silver Label. It is first held in 2015.

The Kosice Peace Marathon is the oldest marathon in Europe and the second oldest in the world, after Boston Marathon. It takes place every October since 1924 in Kosice, Slovakia.

Boston Marathon, known as the oldest in the world, is also a part of six World Majors. Takes place in April, starting from 1897. One of four events in the USA that was held in the years of war.

Antartic Ice Marathon and Antarctica Marathon are the only marathon races taking place in Antarctica. Both races are run at extreme cold, on the snowy surface. Those races really are a very difficult test for everybody, especially Antarctic Ice Marathon that is run in December.

Tromsø Midnight Sun Marathon is the northernmost Association of International Marathons and Distance Races certified marathons in the world. This marathon takes place since 1989 in Tromsø, Norway. This is the only marathon in the world that is run in the midnight sun.

This site uses Akismet to reduce spam. Learn how your comment data is processed.